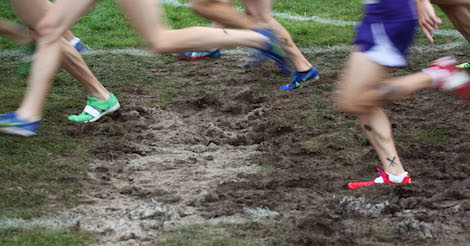 The Southern XC Championships were held on 29 January 2022 at Beckenham Place Park, with C&C fielding a number of teams from U13s to Seniors.

For the full details of the day, Ric’s race report is below:

You will always be rewarded for the work that you put in.

If you start well at a championships, then invariably the rest follows. Fortunately for C&C, the championships start with the U15 Boys, and they are running well. A team medal was on the cards but without Ewan everyone had to perform. Liam led the team, got into position, and fell (if you haven’t seen the video, check out Mark Hookways). Anyway, Liam got up and finished 8th, closing so fast he almost got 6th. George wasn’t far behind, again closing fast and finishing 12th. First club to have two runners home so it was a good start. Matthew has been building slowly throughout the winter and in the last few races the closing 800m speed has come back and, in these races, it makes a real difference – he took a number of places in the last 200m to finish 29th. George was fighting all the way and was key to the team’s fortunes; his strong finish and 70th brought the team a silver medal. Tom, finishing his first race in over 3 years, came home 157th (great to see him back running with his mates) and Leo in 163rd. Special mention for Leo as he did something remarkable when he finished; not stopping to find his dad or me, he went straight to the U13 Boys who were on the start line to give them a little pep talk and wish them well. That is what racing and training together really is all about, having fun with your mates.

The U13 Girls were up next and Jasmine had the aim of outdoing her brother. Bottom year she again proved what a force she is, getting up in the front pack from the start and finishing a strong 15th (I don’t think there were too many bottom years in front). She had Caitlin and Juliette for teammates, with Caitlin 53rd and Juliette 85th. Both strong performances in a field of close to 200. Juliette was pleasantly surprised just how high up she was and that’s when she claims she didn’t have a good run.

The U13 Boys, fresh from a pep talk from Leo, again proved what depth they have and are learning fast. Owen and Adam have a reassuring presence on the start line and Edward used it to great effect here. They plough a big hole in the field and he just follows on behind. Owen is fast finding his feet at this level to finish in his highest place to date in 22nd, with Adam closing in behind in 28th. After a great start Edward had a big race in 52nd. Harrison (bottom year) also enjoyed himself in 60th. These strong results meant the team finished 5th on the day. Eddie was also inside the top 100 in 90th, Ralph was 107th, Nathaniel 110th and Alex 138th. Plenty of support for the boys and they will only get stronger as they move through the races this season.

We used to struggle fielding an U15 Girls team, now we have 4 finishing in the top 100 and I think only one was happy (all bodes well going forward). FYI I didn’t think they ran badly. Kiera got up there in that second group and didn’t go out too hard which resulted in a strong finish, picking up places throughout the latter part of the race to finish 31st. Seraphina’s “bad” run is now 66th. Emily 87th and Stephanie 89th both ran well in a field close to 200. Both will be pushing to be closer to that top 50 next time round. 14th in the team standings doesn’t tell the whole story, just a few places higher and you’re well inside the top 10.

In the U17 Boys we only had Nic who was in his first big race. He finished 118th and found it hard work but now is looking for further challenges over the next few weeks, including an inter counties call up for the county which will be great and a fitting reward for recent performances.

Next was one of the highlights of the day with the U20 Women: Frankie, Sasha, Hattie and Eleanor. Now it’s hard to get four women out to count for a team, but I had worked some magic and persuaded Sasha to make the two-hundred mile trip. Now we had the four they all needed to perform to win the medal. 24th for Frankie, 28th Sasha, 32nd Hattie, 36th Eleanor, a big 120 points for the team.

Now for the big reveal, they only went and won the whole thing. U20 team winners. Now some will say there were only 2 teams (we beat Aldershot by a couple of points), others will say you have to be in it to win it. For me let’s go for the personal stories and the journey to get there. Now I don’t know Eleanor at all, however I couldn’t be happier she came yesterday and formed part of a remarkable win. Hattie I have got to know over the last 18 months and this season only deals in gold medals, counties, county schools and now southerns, she has completed the January grand slam and had a month she is never going to forget. Sasha I have known now for far too many years. We had a conversation over Christmas and I managed to persuade her this was a good idea, not only did she make the trip, she performed really well and this gold medal is a just reward for many years of hard graft. Then to Frankie who I have known since she turned 11 and still trains with me now. After all these years and races, of all the times we had a good team but never quite got 4 out on the day, this was the reward – for all the years of hard work, yesterday she took home the Southern XC team trophy.

So for anyone out there who thinks they might quit or not compete anymore, keep going –  one day you might have a day like those girls had yesterday, stood on top of a podium, gold medal round your neck and smile on your face.

The U17 Women followed, with Ellie looking for a top 10 finish, Isabel looking to build on recent performances in training and Charlotte showing herself the rewards of racing. To Charlotte first, once you get to this level everyone who is out there in the junior races can run and trains. Charlotte had a steady start and then began to pass people throughout the race including a fair few up the final 200m, now looking at the results you might think she didn’t pass many, just every time you pass 2 one ends up dropping out meaning at the end on paper the result doesn’t look as strong as it really was, 103rd was a cracking result (apparently the quickest she has ran 5k) and she will break the top 100 next time. To be honest, I kept losing Isabel as she was always in the main pack throughout the this race, 56th was a solid run but her summary at the end was one of “I think I could have been higher up even though I worked hard”. Ellie just keeps on churning out top 10 performances, so much so you can get a little complacent. In 8th at the top of the hill I was a little worried, but she rallied and picked off another couple of places in the closing stages. Consistency is king (or queen) and nobody has been more consistent over this winter season.

To the Seniors, Millie was on home turf, quite literally she is from round the corner and her whole family turned up to watch. She led at the start, to the cheers from the home ground. She had a strong run and just missed out on a top 100 place finishing 103rd. Izzy was the only other person there to support her, 149th was her reward. For those that are thinking of giving it a go, do it, there were 366 finishers. It really is for everyone.

Then for the men, Tom doesn’t appear in the results as he didn’t wear his chip. But ran well and found it tough, wear your chip at the Nationals mate. Then to those who I know where they finished due to their chip-wearing! Will decided trainers were the way forward. He was around 30th and looked good but with the lapping and a couple flying through the field we thought he was staying where he was. Actually, he was gaining places with each lap and a cracking finish took him to 18th. Not bad for a man who says he can’t run a decent XC (to be fair he did wear trainers). Then we had Michael, he started steady and then made his way through the field in relentless fashion. He almost got to Will and finished 26th. Both look in great shape for the Nationals. James will be looking to be in that 9 come the 26th Feb. He had a strong start and kept going. I think he would prefer some mud but 62nd wasn’t a bad result and great to have you back mate. Iain had been there all day (including a trip to McDonalds for Alexander after his race), 419th was a great reward and great to see you back on the XC mate. Completing the 6 was Ben, I always know he will appear and just loves to be in those big races, his main concern was the fact there wasn’t much mud and a smaller field than normal, don’t worry Ben it will be packed for the Nationals.

Today was a reward for hard work put in over many years, it would have been easy for those U20s to have not run, for all sorts of reasons, but if they hadn’t, they would never have had that magic moment atop the podium. Training is one thing, but the rewards are in the races. Anglian Schools next and then the Nationals. See you at training.