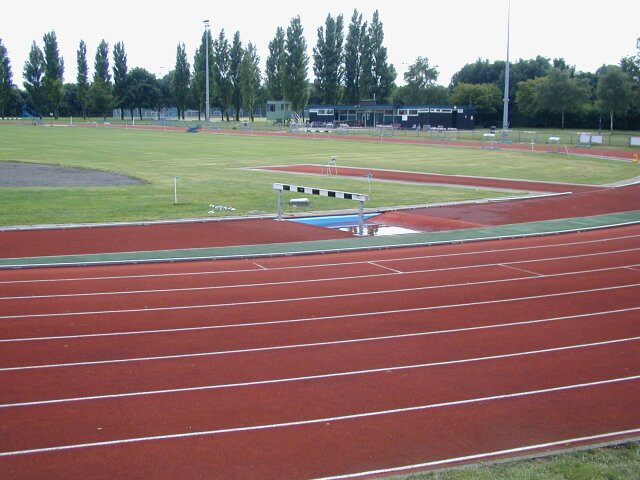 C&C young athletes made the short journey to Peterborough to compete in their second league match of the T&F season.

In the U13B age group, Matthew Smith won the A string 800m with a personal best(PB). Liam Conway had a first place finish in the U13B A string 1500m. Paul Lambrecht came 2nd in a closely fought discus competition but came away with a PB of 18.17m. Continuing the great throwing Frederic Kastner won the A string javelin by over 20m and was rewarded with a PB. Oliver James completed a javelin clean sweep by winning the B string.

Charlie Heal competing in his first season for C&C won the U15B 100m A string in an English Schools qualifying time of 11.6 which was also a PB. Charlie also leapt to a PB in the non scoring LJ which he won with a jump of 5.36. Teammate Gabriel Parmenter won the A string 1500m  with Lewis Buchallet winning the B string in a season’s best(SB). C&C’s domination in this event continued with George Green  running almost a 2 second PB to win the non scoring race. Yujian Zou made his C&C EYAL debut with a win in the shot put. Billy White won the hammer.

Polina Frakina won the A string U13G hurdles by over a second. Murron McCulloch threw a PB in the shot put in the same age group with Margarida Vicente joined her team mate with a win in the discus.

U15g athlete Maya Vandermark performed well in the sprints with PB’s in the 100m and 200m coming second in both.

Sprinter Jessica Clark was against some tough opposition in both the U17W 100m and 200m but ran well to finish 3rd and 4th respectively. It was a good day for the U17G throwers as Alice Lord placed 3rd in the javelin. Stephanie Browne had victories in the hammer and discus with a PB in the latter. Continuing her strong results in the throws Stephanie also achieved a PB in the shot with Jessica Clark placing third in the B string.