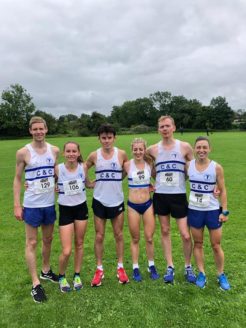 C&C came away from the National Five Mile Championship with three individual medals and two team medals. This was the fourth race in the six match series.

In the men’s event Jack Gray was hoping to claim his second national title of the season but had to settle for silver.

The series will conclude with two further events on 13th and 20th October.