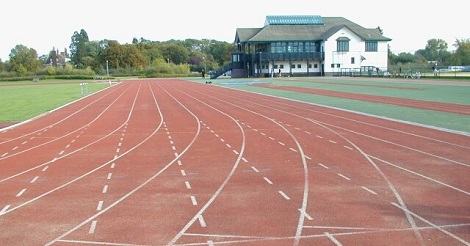 View from the Chair, November 2019

How does that sound?

It’s not often a club can celebrate not one, not two but three English National titles on the same day. C&C has been crowned the Champions of the Road at the conclusion to the Great South Run on Sunday 20th October with a team series win;  Jack Gray, the men’s series winner and Holly Archer, the women’s series champion. Not only that, but new club member, Marc Scott, won Gold at the event itself with Holly awarded an English Silver medal. Well done to all the competitors and their coaches. An excellent season of road running.

In my last monthly update, I mentioned the upcoming AGM: Tuesday 26th November, 8:15 pm in the pavilion. Please come along to support your club, eat free cake and elect your representatives for the year ahead.

This month I promised to talk a little about strategy and the progress we have made in the last 18 months, so here goes.

1/ We had identified numerous challenges in communicating club information and news with the members (700+ of you) – and so we pressed ahead with a new website development in 2018. That new site has now been operational since March this year and has allowed us to significantly increase the quality and quantity of information we can post. The club posts are automatically posted onto our club Facebook and Twitter sites too. This along with automatically created monthly newsletters has reduced the administrative burden for our communications. I hope you have managed to have a look now and then.

2/ Since 2012 in particular, the club has been fortunate enough to have had a large waiting list of young people wanting to join the club. We run multiple inductions per year but we found we were suffering from too many young athletes joining for a short time only, too many people at some sessions for the coaches to manage and too few athletes competing in our summer track and field season. So at the start of 2019 outdoor season Ric Park introduced our new Young academy with a clearer progression path for committed athletes; and we introduced a small fee for inductions. This has reduced the number joining the club to those who are keener, giving the coaches more time to coach; and our athletes qualified for the EYAL Plate final and the EAL finals in September – for the first time in many years. So far so good.

3/ With 700+ members and a mixture of age-groups and disciplines, this is a complex organisation. Fortunately we have many tens of volunteers – however, in a few places a small number of people have been doing too many things. So during September and October we put a call out for a number of new volunteers including a Volunteers’ Coordinator. A number of new people stepped in to offer their help, thank you. Our next project is to investigate appropriate technology to make it easier for people to volunteer to help occasionally, and easier for the organisers needing volunteers. We hope to have something by early 2020 ready for test usage.

4/ Finally, as part of our vision of an all-inclusive club, I’m really pleased that a core group of coaches have been running wheelchair racing training sessions for some time. With the help of a grant from the A14 fund, we have now purchased five Race Runners suitable for ambulant athletes who can use their legs for propulsion but need their body weight supported. Using money from our Orbis Investments’ donation we have ordered a new storage pod for all of this equipment – and we’re very hopeful that in time C&C can become a regional hub for this class of athletics.