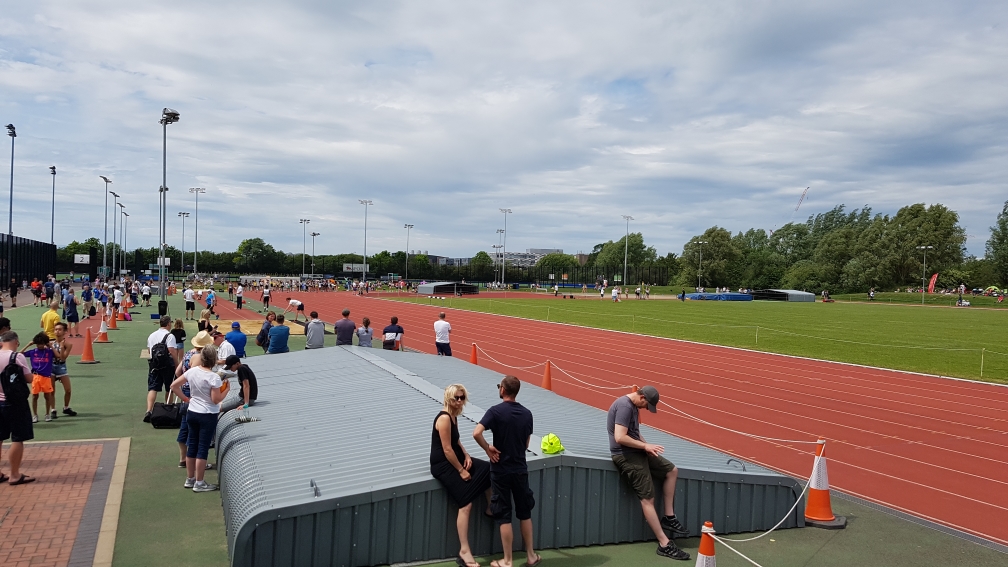 ‘S’ is for Success – Well done everyone who’s raced or competed so far this season. At the Track and Field County Championships C&C were top in 9 out of 10 age groups; and there were over 25 individual gold medal winners. To pick just two further examples: Molly Hunt finished first in the Run for All – GEAR 10k Wheelchair race with a new PB and Thomas Keen wore a GB vest run a UKA European U20 Championships standard time at the Loughborough International event in May.

‘U’ is for U20/U15 club records. Thomas Keen running at Loughborough smashed his own PB by 4 seconds and the club record again with a time of 3:43.97 for the 1500m. Samuel Clarke running at the Oxford-Cambridge Inter Varsity match ran a PB of 54.20s 400m Hurdles which broke a club record that had stood since 1971. There was also club record for Billy White in the U15B shot which had stood since 1998. Congratulations to them all.

‘M’ is for Matches. We’re now in full-on Track and Field and Road running season with most of the leagues having had two or three matches so far… with Mixed team success and very Mixed weather!

‘M’ is for More athletes competing would always be welcomed – I’d like to give special encouragement to those who’ve not competed before. As well as striving for PBs, you’ll be contributing to the club’s ranking in the leagues. Don’t be afraid to give it a go and you’ll almost certainly have some fun too.

‘E’ is for Evolution. You will have seen the stream of news and event results being posted on the new website – a massive improvement in communication for the club; and the new Monday Junior Academy is building nicely – something that should pay dividends in the years ahead. There’s more change being planning too.

‘R’ is a Request. We’re developing some ideas around a Supporters club to provide some focus on helping improve the experience of training and competing with the club. Sometime over the summer there’ll be an all-club email requesting your thoughts and help getting this off the ground.