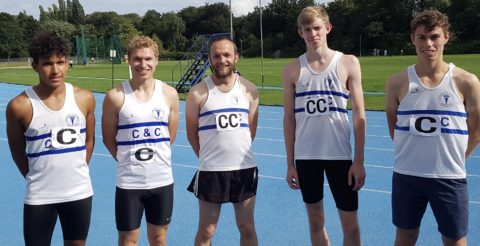 The final SAL meeting of the season took place at Dartford on the 17th August. Unfortunately, the team could not avoid relegation whatever the result. Despite the club’s place in  the league there was as ever, an exemplary team spirit and effort.

Shannon Flockhart won the 800m and was placed second in the 400m. Samuel Clarke once again, won both hurdles races with Gary Parsons placing first in the hammer.

Thank you to the athletes, team managers, officials and volunteers for their valiant efforts this season. We look forward to filling more events next season and hopefully gain promotion to the higher divisions where our club belongs.

The final league table can be viewed here https://www.southernathletics.org.uk/2019.html