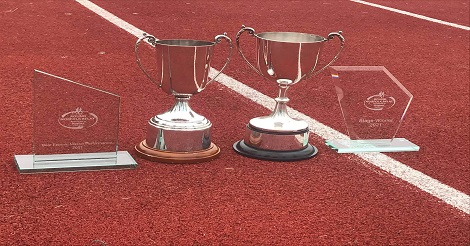 This year’s Round Norfolk Relay took place on 18th-19th September. The race follows the Norfolk county boundary over a distance of 198 miles, divided into 17 unequal stages, following scenic coastal paths, shingle beaches and sand dunes by day and undulating, torchlit roads by night.

Traditionally, C&C field two teams; a competitive team and an all-inclusive team. The competitive team usually place strongly and in the past have won both the Open and Club categories. This year, for the first time ever, C&C entered a competitive Ladies team along side our Open team; the Open team this year was an all male squad and an inter-club rivalry of boys vs girls soon emerged.

Saturday 18th turned into a scorcher on the Norfolk coast. Although C&C avoided dehydration, both teams added drama with runners taking a tumble, getting lost in the dunes, or dropping the stopwatch; thank goodness for the backup!

C&C Open team finished one place ahead of the Ladies in position 13, winning the boys vs girls battle by only 4 minutes! Andrew Shields collected silverware for stage 11, winning The Peter Andrews Cup with a WAVA of 83.9%.

A massive thank you must be given to all who marshalled the Stage 15 Wissington handover, lead by Nev Hawkins in the early hours of Sunday morning. Without their help, we wouldn’t receive a priority team place and the ability to enter two teams each year.

And finally, a special mention to the support crew for both teams.
Run over 24 hours, without a break, this event requires special preparation, planning and support, a test of the organisational prowess of the club.
Without the logistical finesse of all the cycle support crew, car support crew, timekeepers, car movers and lift givers, this race would not happen.  I think one lady in particular needs a special mention as she battled through nausea and continued to drive throughout the night despite sickness following a nut allergy. A total trooper, thank you Becky Wilburn!

To finish, a poem penned by Alex Downie who completed stage 14 for the Open team. Enjoy! 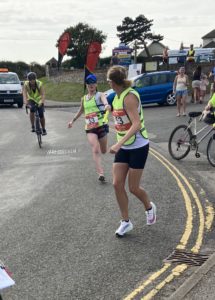 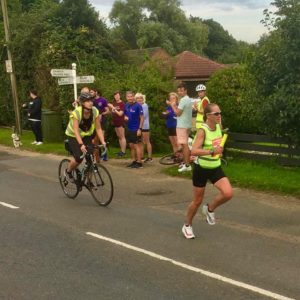