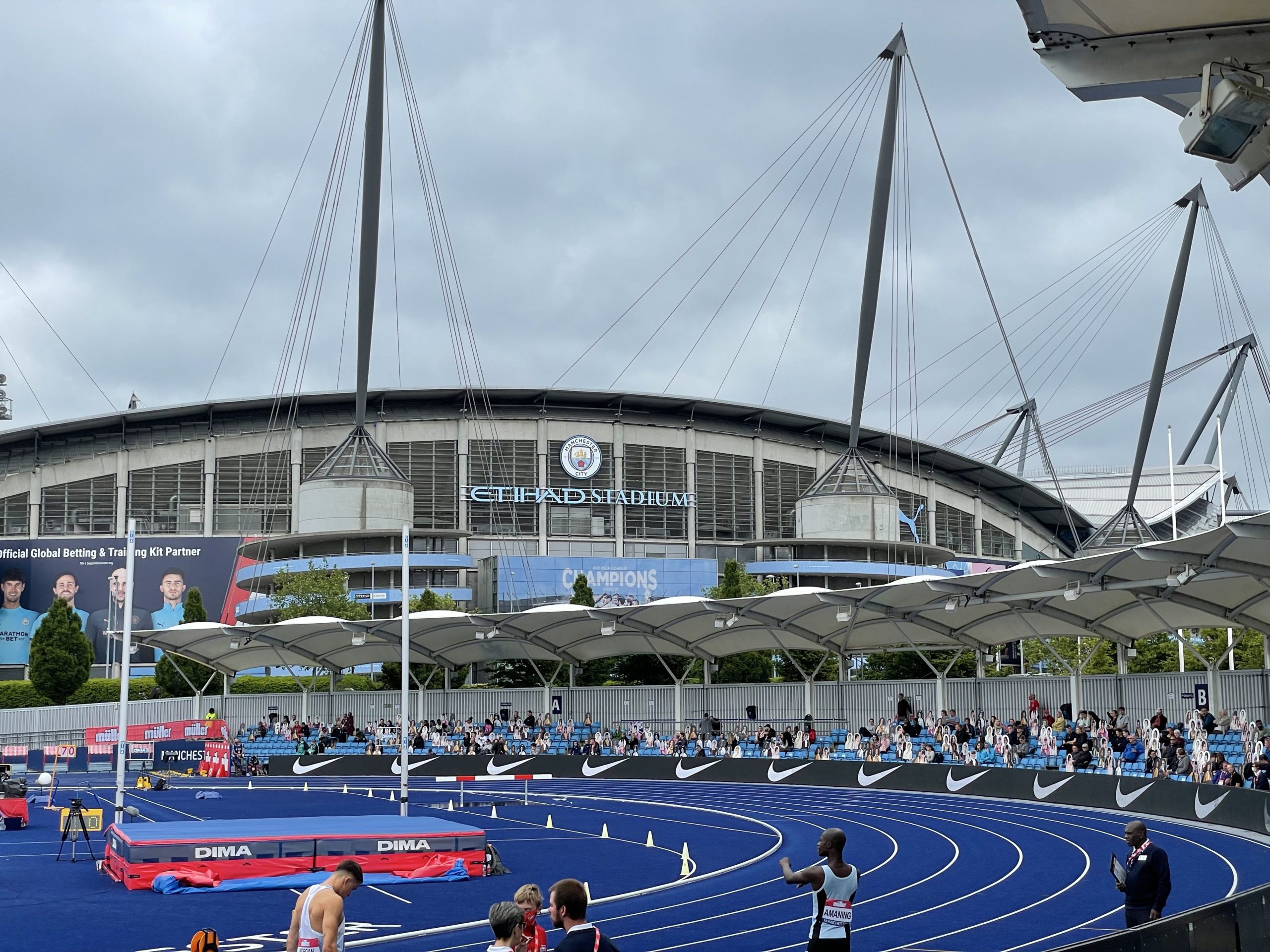 Four U17 male 1500m athletes were amongst the C&C athletes that traveled up north to compete in the England U15/U17 Championships at Sportcity, Manchester.

Isaac Rothwell and Alfie Pipe were drawn together in heat one with Isaac taking victory to book his place in the final. Heat two saw George Keen and Gabriel Parmenter hoping to join Issac in the final. George also won his heat to secure his place running 4:03.32. What a testament to the depth of talent at C&C in this age group to have four athletes achieve the qualifying standard to compete at this level.

Twenty four hours later George and Isaac lined up for the twelve man final. George’s time from the heat was the fastest qualifying time and he held his nerve to cross the line in first position in a time of 3:56.81. Isaac ran his fastest race ever to secure himself a bronze medal with a PB of 3:57.65 narrowly missing out on the silver medal.

Ellie Loosely continued her breakthrough season by finishing fourth in the U17w 3000m.

There was also success for sprinter Paul Lambrecht in the U15B 300m.  Paul had recently smashed his PB at the EAL by running 37.8 which ranked him in the top ten athletes in his age group for the 300m. This was also a club record which had stood since 2013. Full of confidence from this result Paul ran well in the heat, finishing second to qualify for the final. Paul had a strong race and finished fourth with his second best time ever of 38.40.