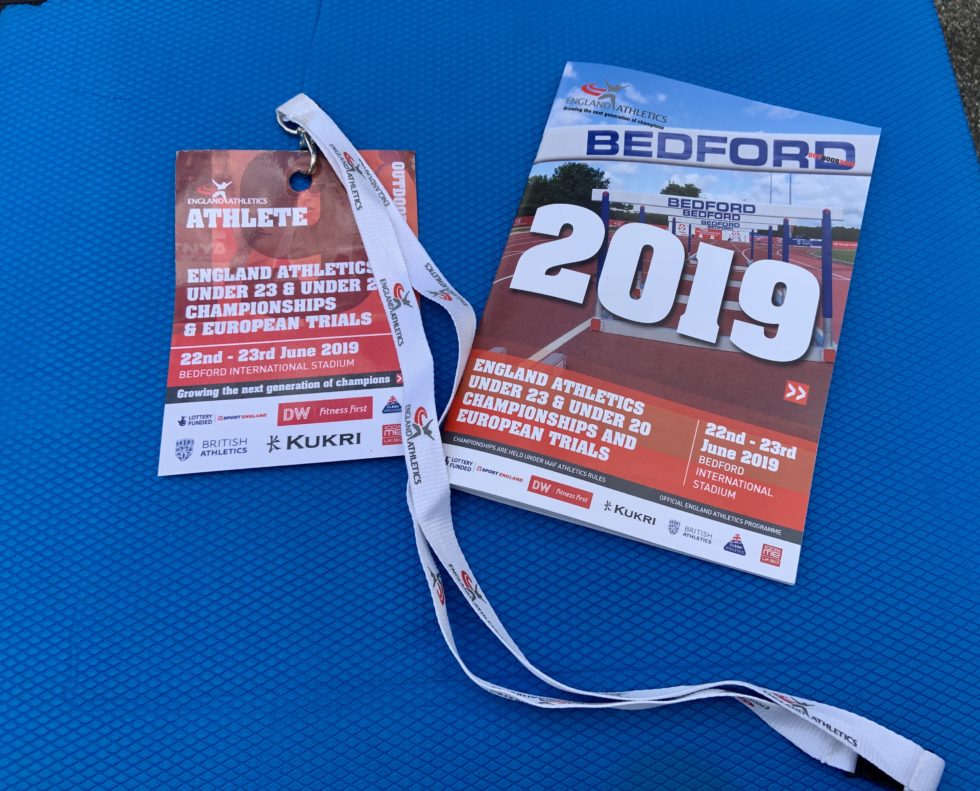 Once again Bedford was the venue for the national championships for the top U20/U23 athletes. England athletics set entry standards for these championships so the fact that C&C had ? athletes competing is a testament to the strength and depth of talent at at our club.

Adam Cross competed in the U20 100m and 200m qualifying for the semi finals in both events. In the 100m heat, Adam had to fight against the notorious Bedford winds -2.0 but fought hard for his place in the semi final. The wind was calmer in the semi final in which Adam finished in fourth place. Day two saw the 200m in which Adam ran a PB dipping under 22 seconds for the first time.

Maisey Snaith achieved the standard for 100m, 200m and 400m but chose to compete for the longer sprint. Maisey won her heat and just missed out on a medal with a fourth place. Maisey is now ranked sixth in the U20 rankings  which may be enough for selection for the relay squad in the upcoming U20 European Championships.

Thomas Keen already had the standard for the U20 1500m European Championships so he just needed to finish in the top two to secure his selection. Thomas duly achieved this and was rewarded with a silver medal.

Samuel Clarke competed in his first national championships in the U20 400mH  and ran a strong heat to finish in third place which qualified him for the final. Samuel returned to Bedford for day two and ran strongly in the final.

Jordan Wood smashed his PB in the U23 3000SC and was rewarded with silver medal. Conall McGinness was placed fourth in the U20m race.

Charlie Knott moves up an age group for these championships and was placed sixth in the U20 HJ. Curtis Wood competed in the U23 HJ with a fifth finish.