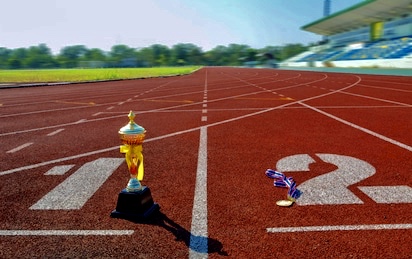 The University Athletics Club held its first invitational meeting on the 17th April.

Samuel Clarke had a flying start to the season showing excellent form to break the Club’s senior men’s 400m hurdles club record with a PB of 52.5.  This time broke his previous record time of 54.2 that Samuel set in 2019. In addition, to this Samuel came very close to his PB in the 110H and run a PB in the 200m hurdles. This event is not routinely run outside of the Oxbridge (Varsity) matches.

There were also good early season performances by C&C athletes with thrower  Kristiaan Winkel achieving PB’s in both the discus, 41.73m and shot, 13.55m.