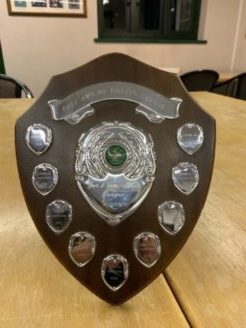 C&C were represented across all the age groups in this year’s EAL finals.

The Senior Men’s team came second to Ipswich by six points following on from their victory in the league this season. The u13 boys’ team had a close fight for second place but managed to hold on by six points with Waveney and Ipswich coming joint third. The u15 girls put up strong performances and were rewarded with a third place finish.

Charlie Heal continued his good season with a win in the U15b 100m running 0.1 off his PB. Steven Green was victorious in the SM 400m B string race. Joseph Smith and Jack Nichols both finished first in the SM 800 A and B strings respectively. C&C had the same result in the U13b 800m with Matthew Smith and Cosmo Benyan taking first position in the A and B strings. Joseph Smith claimed a second victory plus a PB in the SM 1500m with team mate Cameron Ackroyd winning the B string.

The U15 boys continued the great results in the middle distance races with A and B string wins in the 1500m by George Green and Thomas Ward. Leah Wagstaff performed strongly in the U15g hurdles winning the B string. Samuel Clarke won the SM hurdles by a second. Ben Marshall a relative newcomer to the club jumped a PB in the U17m high jump adding three centimetres to his previous best.

Neve Palmer had a double victory in the SW javelin and shot. Sarah McGrath won the B string discus. 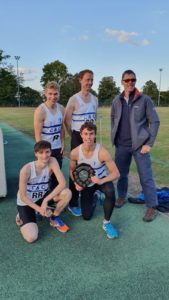