There were some great performances at the T&F County Champs held at Wilberforce Road. C&C are currently leading all age groups with the exception of the U20 women. A few events are still to be contested at the Cambs Open Meetings which will be held at St Ives.

Gold medals were won by the following athletes :

For a full set of results including heats etc. go to the Power of 10 results page. 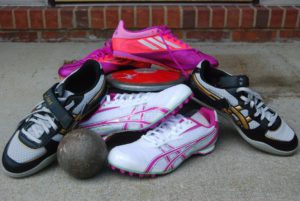