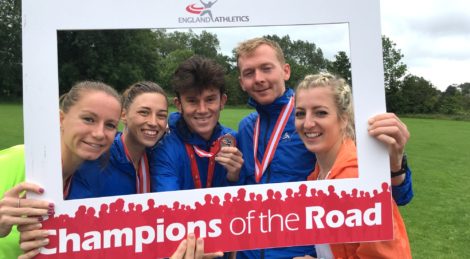 C&C Champions of the Road

Last weekend saw the Great South Run which also served as the English 10 mile Championships and the conclusion to the six race series in the England Athletics Champions of the Road series.

C&C newcomer, Marc Scott finished the race victorious and was rewarded with the Men’s Great South Run and England athletics gold medal. His time of 46.50 was impressive in the breezy conditions.

In the Women’s event Holly Archer finished fourth in the race but was the second English athletic so came away with a silver medal.

Jack Gray won the composite competition with 293 points across the six race series. Holly’s performance was enough to secure her the series win.

Massive congratulations to the athletes and their coaches.