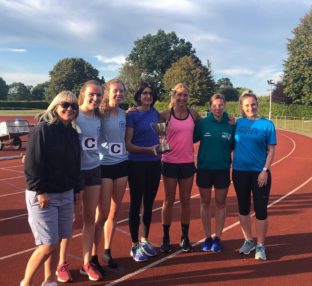 Cambridgeshire Women’s team successfully retained the Bemax Trophy on the 14th September at Ipswich. This trophy is contested annually by teams from the Eastern region. It was a close match with Cambridgeshire winning by a mere eight points to the women’s team from Essex. The Senior men’s team were this year’s runners up with the U17 men’s team placing third.

C&C was also represented in the U17 men’s match with Fletcher Collins-Shirley, William Newcombe, Thomas Bridger, Ben Marshall, and Thomas Smith competed for their County.